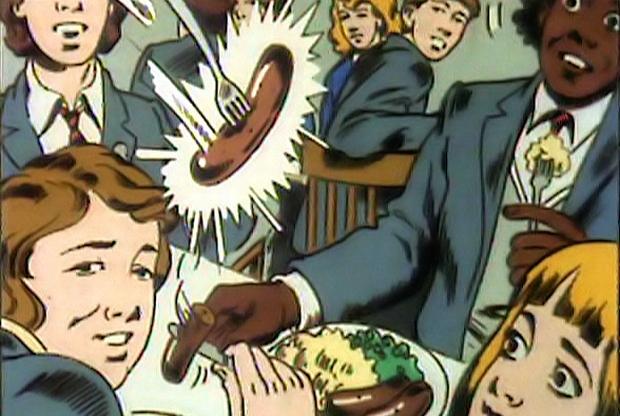 When I was growing up, Grange Hill was what a state comprehensive school was all about. That sausage, Zammo and Ro-LAND were my anti-heroes. Now, (a horrific 30 years later) my two strapping mini-men are both at a state Comprehensive School....but this one is different.

I think a lot of it comes down to the support they’ve both had. Obviously, Max needs a huge amount of medical support but it’s the communication help that’s made all the difference. The speech therapists, the OT, the constant encouragement academically and socially. The school even runs a board games club that (without any pressure) helps build turn taking skills and helps Max work on his small talk.

You have to understand where Max came from to get how big this is. Max went from being pretty much non-verbal in yr. 7 to in yr. 11 sitting exams, having a girlfriend, done his bronze DofE, going to college and he’s just been approved to do the NCS over the Summer.

The school has a sibling group too. My youngest found Max’s needs really hard to cope with and he still does if I’m honest. But knowing that other friends at school are in the same boat in having brothers and sisters with special needs was life changing to him. After that first sibling group meeting it was as if he exhaled for the first time in years. In the last year, he’s gradually came out of his shell. He’s become less angry and found that he does like some lessons. He got into sport in a big was and now does squash, tennis, rugby, climbing and fencing. He got his bronze award last night!

I know mums do this annoying bragging stuff on FB all the time but my two have had some extraordinarily tough times. They haven't always done well, been well mentally or physically, fitted in or even been that happy at times. Getting them into the right school might just be the very best thing I've ever done for either of them.

So why am I telling you this? Well, because I’ve made a tonne of mistakes. I kept them both in schools that were not right for them because I was scared to make a fuss. I didn’t ask the questions I should have, I took ‘professionals’ word as gospel even when I knew something was wrong. I was so afraid of not being liked, scared that ‘professional’ would think I was crazy or difficult.

The school they now attend has made an enormous difference to who they could become…I worked for my two so why don’t you suggest your child’s school starts a games club? Or offers the DofE to their SEN student? Or starts up a sibling club?

Become a pain in the arse, get things moving. For what it’s worth, I don’t care what ‘professionals’ think about me anymore. I will be as difficult and crazy as I need to be to make absolutely sure that my two get the best chances they can. Because when I do my best, they seem to fly. They have this strength, a kind of internal generator that pushes them onto bigger and better things. I can't tell them any of this obviously but I don't think I'll ever give up the hugs at the school gate even though they are bigger than me. They are my new heroes and I hope they know it.

You may never have heard about the classic kid’s movie My Neighbour Totoro. It’s a brilliant and deeply surreal Japanese animation about a size changing rabbit type thingy and a Cat bus. I’m not really selling it but it’s quite something….

...it’s also the movie my boys put on over and over again the day my ex-husband left us.

None of us saw it coming, I’m not even sure my ex saw it coming. It was a Sunday morning and he was gone by 10.30am and that was very much that. The three of us spent the entire day under duvets on our sofa cuddling, eating biscuits, crying and waiting for the sky to get dark and the day to finally die.

When Max was at his worst, about 6 years old and Louis 4, I’d got them both super cute red and white striped PJs. They looked like old fashioned illustrations for hard backed children’s books, gorgeous.

The first time Max had a seizure the ambulance men cut his overpriced stripy PJs in half to attach heart monitor stickers. Top tip here dear friends, the sticky residue from heart monitor stickers is really hard to get off a grumpy little boy’s tummy…tonnes of moisturiser works a treat…You’re very welcome.

As the ambulance men hooked up all of their kit, Louis stood at the front door in the dark. It was so cold. It always is when Max has seizures. I’m not sure why but all the doors are left open, I never remember to close them. I also never remember to pack Max’s shoes but that’s another story. By the time Louis was 5 he knew how to operate the oxygen and suction machines. He reminds me to give Max his meds. He also takes the brunt of Max’s postictal rages.

For years I’ve left him with friends sometimes for weeks on end to take Max to appointments, assessments and treatments. He bounces from friend to friend, spare room to spare room. He was such a lonely little boy, I’m not sure much has changed.

Now Max is in Transition, Louis gets to go on the back burner once again. He needs me more than ever but I’m still metaphorically making him stand in the dark in those stripy pyjamas.

When people talk about young carers it sounds like such a small thing. A young carer is someone whose life is significantly impacted by a disabled family member. What it actually means to me is that I stole from him. I made him grow up too fast. I will spend the rest of my life trying to make it up to him. It frightens me but I don’t think I can fix it.