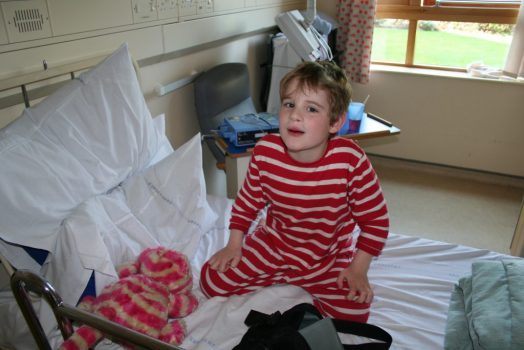 A few weeks ago, I got the extraordinary news that I was going to be awarded an OBE on the New Year’s Honours list. I was totally blown away and it nearly killed me not to be able to shout about becoming an OBE from the rooftops and jump around the house with my boys giggling…the news was embargoed until the 30th December.

I’m obviously not grown up enough or certainly mature enough to have been awarded this honour. I will however, fake being all grown up and proper when the time comes to go to the investiture. I need a hat though; my beanie won’t cut it I fear.

I held on, as I had to, in sharing my news until Christmas Eve but then told everyone in the world! It was amazing, truly. My friends, family, my incredible Sky Badger colleagues, the families Sky Badger has helped, well, I was overwhelmed to put it mildly. I still feel like an email could come any day telling me that they made a mistake.

That is when a strange thing happened. As you all know, I’m a pretty private person and any kind of public speaking or press stuff really knocks me for six. Press started knocking, as expected and all went well for a bit. They always asked about Max, about when times were really bad, when he was ill, about how Sky Badger started and what the journey was like.

What I didn’t anticipate was how each time I talked about Max being ill, it brought it all back, one soul destroying piece at a time. In a funny way, Sky Badger has been a therapy for me. I’m too British to actually go to therapy so Sky Badger became a way for me to feel like I was doing something to stop other mums like me getting to where I had been. The thing about Sky Badger is that I wanted it to help other parents find that path out of the sadness and loneliness. There is a certain numbness to not knowing where to turn.

Yesterday I had the last of the big interviews. It was odd and I think I now know why. After all, I was answering these questions because they wanted to hear my story of ‘disaster does good’. My problem is that I hadn't built my own potted bit of professionalism to protect those fragile parts. I took it to heart, it was foolish.

My issue now is that I think I might be using those same fragile parts, the worst times with Max, to work as I do. It drives me, it excites me to give families the tools to build their children’s lives for the better. I still want to do so much more, to grow Sky Badger. To make Sky Badger as strong and bright as I used to feel weak and sad.

So, my question to you is, do I build a box to keep those fragile times safe and turn my work into a job and by doing so lose the drive those same fragile parts generate in me? Not sure, possibly over thinking. Perhaps we all do the same. Perhaps throwing ourselves into things we can fix goes some way to fixing ourselves? The fact is that Max is doing great. He’s had so much to deal with in his short life and he does it with elegance and strength. I’m not sure if I am as strong as him.

Today instead I shall pootle. Paperwork and domestic chores I think. There is something so comforting about working away snug and warm with a cold drizzle tapping away on the window. I'm going to keep doing the same all day if I can.

Sadly, we have to let you all know that Sky Badger will stop running our helpdesk, Facebook, Twitter and Instagram platforms from the 31st March 2022. We’ll do our best to keep the website going for as long as we can. Unfortunately, Covid, a much higher demand from families, and less funding has produced a perfect storm that Sky Badger simply can’t weather anymore.

All of Sky Badger’s staff are either disabled or parents of disabled children. We know how tough it can be and we all feel incredibly privileged to have been able to help so many of you make brighter futures for your children. It has been an honour to have been able to grow Sky Badger to where it is now. Since we started Sky Badger in 2011 we have had the most joyous, challenging, rewarding and exciting of times. Last year alone, we helped a record breaking 500,000 families.

Thank you all so very much for being part of the Sky Badger family.